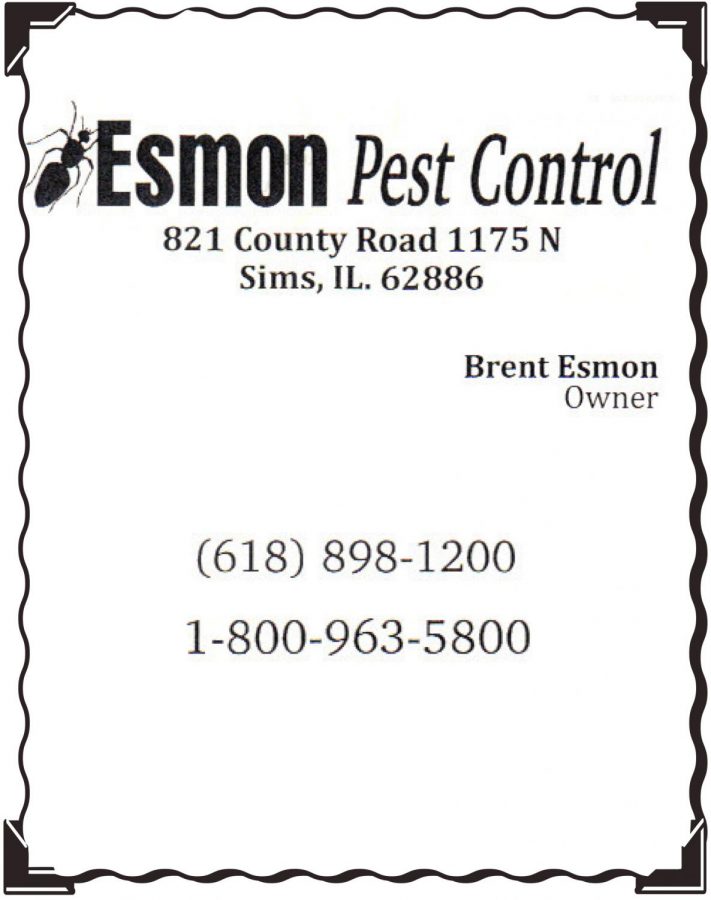 In the spring of 1993, Brent Esmon of Wayne City, Illinois received his license and began Esmon Pest Control.  Mr. Esmon started his own business off with his 1992 Ford Ranger and a 100 gallon spray rig in the back. Brent had previously worked for Terminix for two years, then Orkin for four years.  His first chemicals were bought from Forshaw Chemical Solutions. Esmon did all the work for the company in the beginning. He did everything from calling customers to doing all the work, keeping records, and ordering chemicals.

In 2000 his wife, Sherry Esmon began working for the family business. She took on many roles including receptionist, bookkeeper, payroll officer, and secretary. Around this time, the business began to flourish. With customers lined up waiting for service, he hired his first employee, his uncle, Butch Paige. Butch had previously worked for other pest control businesses.

Esmon Pest Control steadily grew, and still does continues to grow today. Brent has had up to three employees at one time, not counting himself or his wife. Brent now keeps two employees year round.  Brent said one of the worst encounters he has ever had in his business was, “After I was done at a bad cockroach infestation, I had to take my clothes and jumpsuit off and shake the cockroaches out.” In the beginning Brent had a small pickup to drive around and do his jobs.  He now has three trucks, one for him, and one for each of his hands. Brent stated, “I do all of the termite and bed bug jobs, maintain equipment, and babysit my employees.”  Brent is now looking into switching to an LLC as business soars.