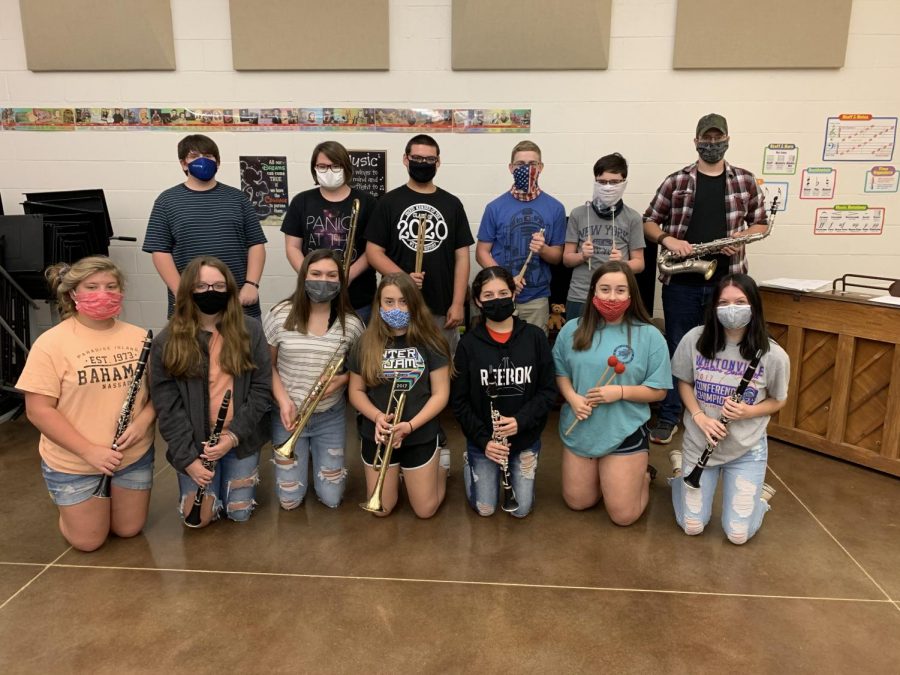 With the class of 2020 gone and the new freshmen in, things are looking quite different in the band room. When school was let out three weeks before the high school and junior high spring concert, there was no choice but to reschedule. The Wayne City High School band is crossing their fingers in hope of an outdoor concert in October. “We’re super excited to get to play some of our favorite songs even though the COVID-19 break tried to ruin it,” says band director Jessica Fagan.

With the freshmen students having learned different songs in the junior high band last year, Mrs. Fagan has decided to combine their songs with the ones that the high school had previously learned. The band will be missing their graduated members, but the freshmen seem to have brought their A-game, according to Mrs. Fagan.

The band has three e-learning students and one independent class member, who is also the band’s president. When asked how she’s adjusting to not being in class but still having her leadership position, Senior Kalyn Meritt said, “It’s definitely a struggle, but I for sure wanted to be involved with the band during my senior year, even if it didn’t fit into my schedule.” The e-learning students come together on a Google Meet while the band is practicing, so they are able to follow along and play music with them. This year, the three senior members are the band’s officers. Kalyn Meritt is this year’s president, Hallie Musgrave was voted in as librarian, and Kylee Gregory is the historian.

Although the band is still unsure of their pep game status, and most parades have been cancelled, band members are determined COVID-19 can’t kill their peppy spirit!